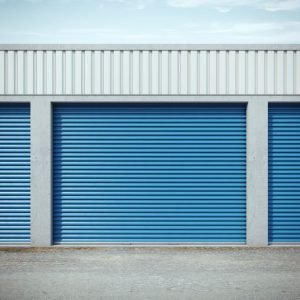 Lots of people use storage units. Most of the time they arrive after the lease period is over and pick up their belongings without anyone even knowing what was in there. However, in some cases, the company owning the storage facility has to take care of emptying the unit when the lease is over and no one arrived to claim the contents anymore. This is when it’s revealed that people store some pretty weird stuff in the self-storage units they rent out.

Rare comics and memorabilia are actually not that strange, and over the years there have been items such as the first Superman comic and Burt Reynolds’ old artifacts, which have attracted a lot of attention after turning up in random storage units across the country.

Some of the stranger things that have been found, however, are pretty unbelievable. These include a rocket, rare cars, a live hand grenade and even a human leg severed from its body. Cremated remains of human bodies have also been reportedly found throughout the years, as well as actual dead bodies. The case that takes the cake was probably that of a Florida family that kept their grandmother in a casket inside a storage unit for 17 years after she had passed away.